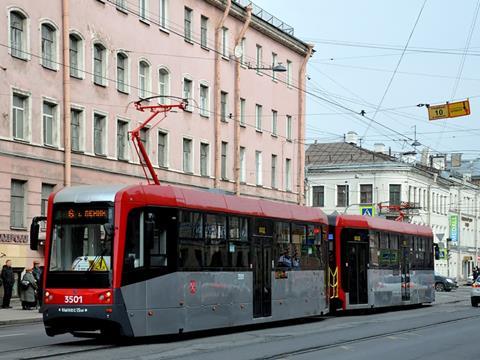 RUSSIA: A fast tram line is to be built to serve Pulkovo Airport in St Petersburg. This comes partly as a response to forecast rise in passenger numbers at the city’s main airport from 17 million to 35 million in 2039.

Connecting the airport in the southeast of St Petersburg with Kupchino station at the southern end of metro Line 2, the 11 km line would offer a 20 min end-to-end journey time. It is envisaged that services would be operated using low-floor trams with a maximum speed of 50 km/h.

The estimated cost of construction is 29·2bn roubles. Opening is planned by May 2017.