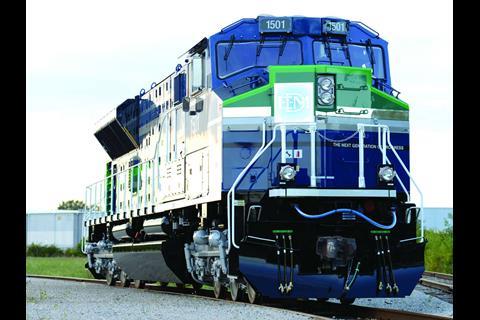 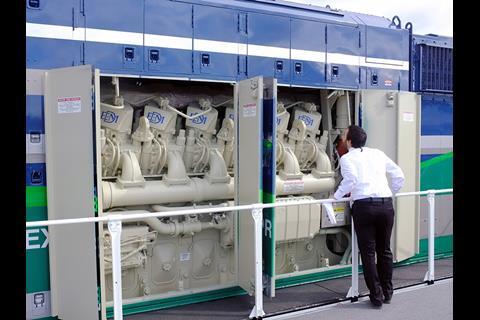 USA: The first of six pre-production Tier 4 compliant diesel locomotives being built by the Electro-Motive Diesel subsidiary of Progress Rail Services was unveiled at the Railway Interchange 2015 exhibition in Minneapolis on October 4.

On show at the outdoor display in BNSF’s Northtown Yard, the SD70ACe-T4 locomotive is powered by the new EMD 1010 engine, which has been designed to meet the tighter emissions requirements now in force without the use of a urea additive.

According to Progress Rail President & CEO Billy Ainsworth, ‘our goal has been to take the EMD locomotive product line to the next level in terms of innovation and sustainability’. Adding that the 1010 series engine has been developed through the combined engineering expertise of Progress Rail, Electro-Motive and Caterpillar, he said it offered optimised fuel efficiency as well as improved emissions performance.

Following extensive testing with the pre-production locos, Progress Rail expects to have its first series-built locomotives available for delivery to customers in the second half of 2016.