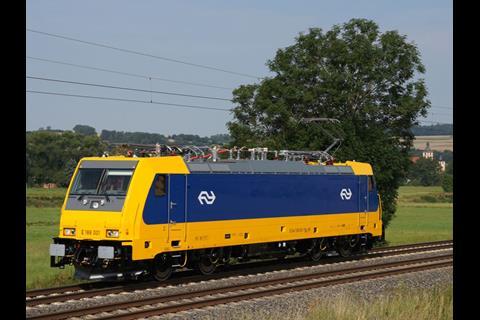 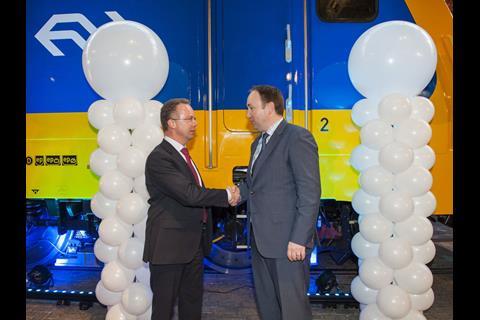 NETHERLANDS: A ceremony at the Utrecht railway museum on February 6 marked the handover of the last of 19 Bombardier Traxx F160 MS electric locomotives ordered by NS.

The national passenger operator ordered the locomotives in mid-2013 to haul refurbished coaches on trains introduced to replace the troubled AnsaldoBreda V250 trainsets. NS required a 160 km/h locomotive capable of operating under 1·5 kV DC on the conventional network and 25 kV 50 Hz on the HSL-Zuid high speed line, with the capability of operating under 3 kV DC in Belgium and 15 kV 16·7 Hz in Germany if required. Because of the urgency of the need to replace the V250s, NS awarded the contract directly without tendering.

The locomotives are now in use on Intercity Direct services between Breda, Rotterdam and Amsterdam. ‘The Traxx locomotives are powerful and reliable and have proven themselves in operation’, said NS board member Maurice Unck. ‘We are grateful to Bombardier for the constructive collaboration, allowing such a fast delivery of the locomotives. Now passengers can count on them every day.'