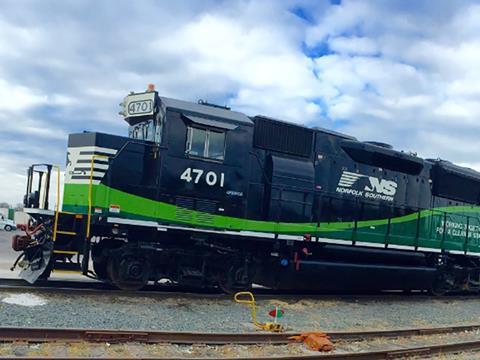 Of the initial 25 locomotives, 10 are now in use in Atlanta, and 15 are to enter service at five yards in Chicago by the end of the year. Three of these will be paired with engineless ‘slugs’ which have traction motors powered from the mother locomotive. Plug-in engine heating systems will reduce idling.

‘These locomotives will be rolling billboards in Chicago for years to come of one of the finest examples of collaboration between public and private partners to think and act big on diesel emission reduction technology’ said NS Vice-President, Mechanical, Don Graab.

NS plans to use additional CMAQ grants to deploy a further three locomotives at its Macon and Rome yards in Georgia next year.