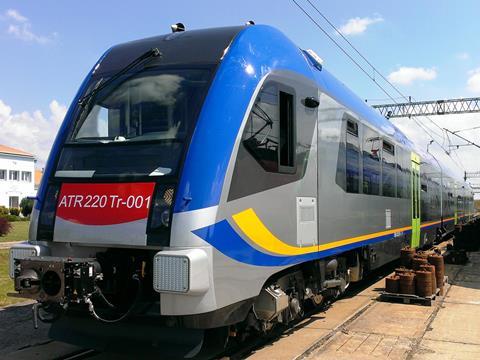 ITALY: Trenitalia has begun testing the first of 40 ATR220 Atribo diesel multiple-units which the national passenger operator ordered from Pesa in December 2013 at cost of €139·6m. Commissioning is scheduled for completion by the end of the year, with the 130 km/h air-conditioned DMUs to be deployed on services in the Marche, Toscana, Abruzzo, Campania and Calabria regions.

The engines are started with the aid of double-layer capacitors instead of batteries. Voith say these offer significantly lower weight, a longer service life and better cold starting behaviour. The DMUs also have specially developed software which adjusts cooling fan speeds to reduce noise when the train is at a station.