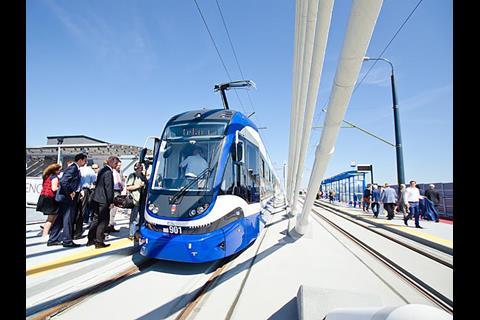 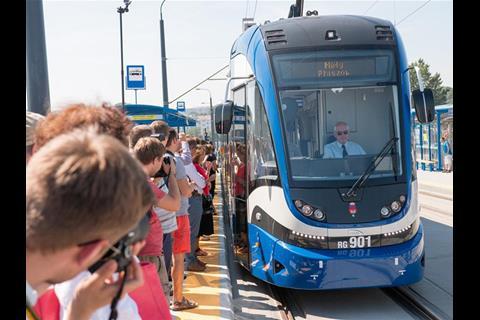 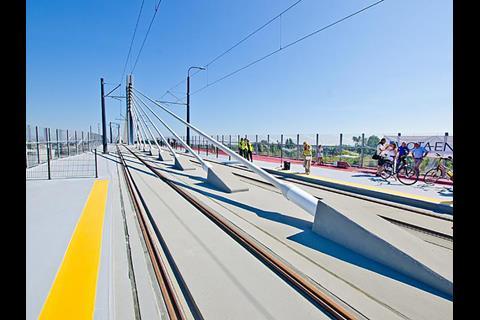 Although the new link is relatively short, construction was a complex two-year project. The bridge incorporates a tram stop with stairs and lifts to the railway platforms. As well as tram tracks, it has cycle paths and pedestrian walkways, and can also be used by emergency service vehicles seeking to avoid heavy road traffic.

Completion of the bridge has enabled a 5 min reduction in journey times on tram routes 9, 11 and 50 between the city centre and the Kurdwanów and Bieżanów districts.

Main contractor for the project was Mota-Engil Central Europe. The 164·4m złoty cost was partly funded with 67·7m złoty from the EU’s POIiŚ programme.