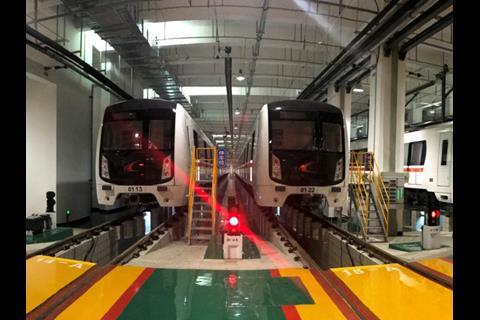 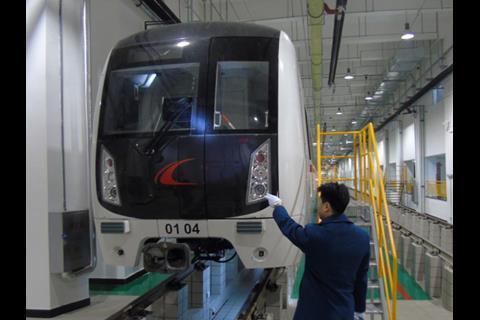 The 22·8 km east-west route serves 18 stations between Dongfang Square and Xihu. The underground line is electrified at 1·5 kV DC overhead. The fleet of 70 km/h six-car Type B trainsets is stabled at a depot near Xihu.

Construction was approved in July 2012, and started in October that year. Extensions at both ends totalling 12·4 km are planned.