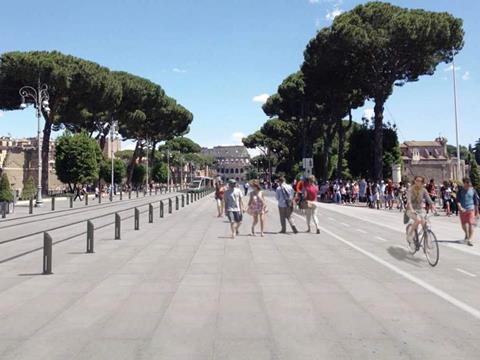 ITALY: The Cultural Heritage Ministry’s body responsible for protecting the area around Roma’s Colosseum has approved the construction of a catenary-free tram line on Via dei Fori Imperiali.

The second stage would run northwest along Via dei Fori Imperiali to Piazza Venezia. Work for both phases is expected to take two to three years.

As well as introducing catenary-free trams to the city, the project could include the removal of cars from some of the roads where the new tram route would run.