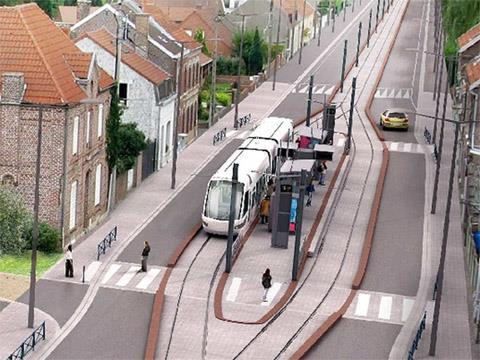 FRANCE: Valenciennes regional transport authority SITURV has ordered seven Alstom Citadis trams for the future Line 2. The contract announced on October 5 is worth €17m, and Alstom expects an option for one or two further cars to be taken up in November.

The 32 m air-conditioned trams will have the same design as the 21 Citadis 302 vehicles delivered for Line 1 which opened in 2006. Delivery of the latest cars is scheduled to start in March 2012 for commissioning in August 2012.

The single-track Line 2 is being developed to link surrounding communities with the city under the third and fourth phases of the tram project. Phase 3 will run 15·5 km from Anzin to Vieux Condé, with 23 stops. Phase 4 covers the 12·5 km from the city centre to Quiévrechain in Belgium and Crespin with 10 stops. Opening is planned for 2013.