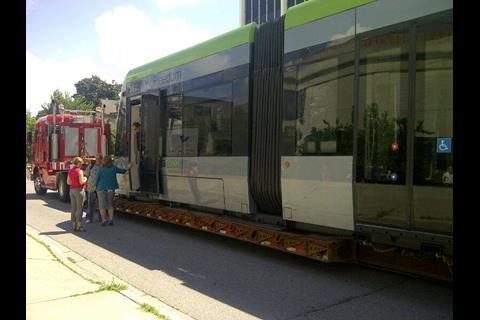 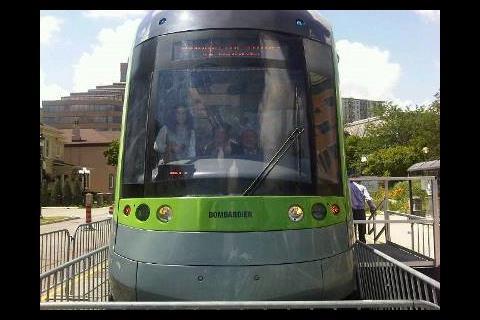 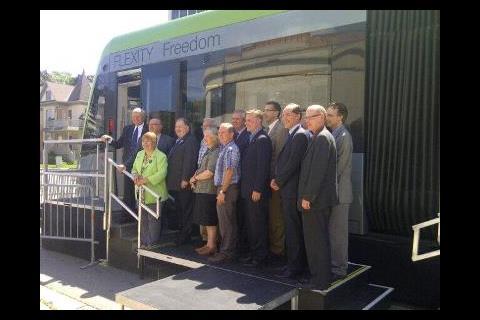 CANADA: Waterloo Regional Council approved an agreement with regional transport authority Metrolinx for the purchase of 14 Bombardier light rail vehicles on July 10. The vehicles will be used for Stage 1 of the ION light rail line that is scheduled to open between Waterloo and Kitchener in 2016.

In June 2012 Waterloo Regional Council started to negotiate with Metrolinx to piggyback on the procurement of Bombardier LRVs for Toronto. The 100% low-floor vehicles will have capacity for 200 passengers, including 56 seats. Production of the cars for Waterloo is to begin in 2014.

The light rail project will be built in two stages. Stage 1 involves a 19 km line from Conestoga Mall in Waterloo to Fairview Park Mall in Kitchener, along with a 17 km bus rapid transit route between Fairview Park Mall and Ainslie Street Terminal in Cambridge. Stage 2 will convert this bus route to light rail.

The federal, provincial and municipal governments have confirmed funding for Stage 1, which will cost C$818m.