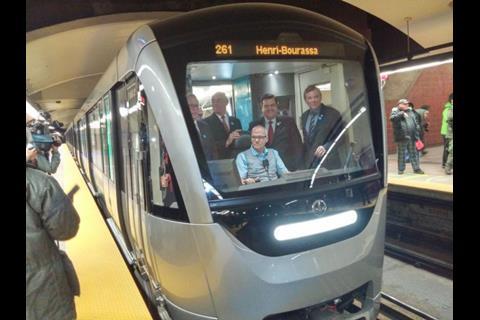 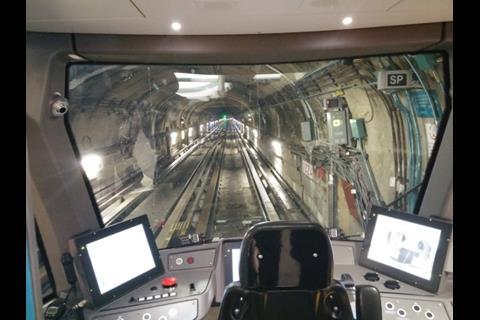 CANADA: Montréal metro operator STM started passenger-carrying tests with the first Azur trainset on February 7. The train will undergo testing on the Orange Line for at least 61 days while a second pre-series train will continue testing without passengers on the other three lines.

In October 2010 STM signed a C$1·2bn contract with a consortium of Bombardier and Alstom for the supply of 52 nine-car rubber-tyred trainsets. The contract requires a minimum of 60% Canadian content, with the exception of the first two trains. Deliveries are due to end in 2018.

Consortium leader Bombardier is responsible for design and engineering, which is taking place at its St Bruno site, with final assembly at La Pocatière. Alstom is supplying bogies from its Sorel-Tracy plant, as well as automatic train control, communications, passenger information systems and CCTV.