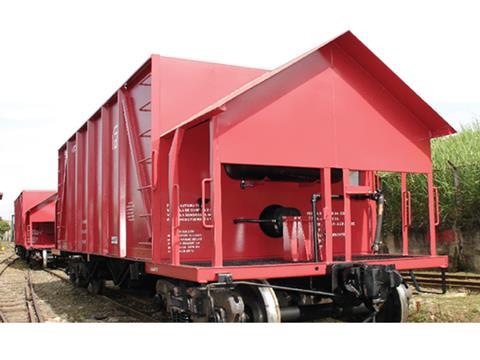 BRAZIL: The Greenbrier Companies announced an agreement to acquire a 19·5% stake in wagon manufacturer Amsted-Maxion Hortolândia for US$15m on January 7. The deal is expected to close in the second quarter of 2015, and the US company also has an option to acquire an additional 40·5% stake by September 30 2017.

‘Using Brazil as a platform, this strategic investment permits Greenbrier to expand our geographic reach into South America, as part of a broad-based Americas strategy, building on our substantial manufacturing base in Mexico and the US’ said Greenbrier Chairman & CEO William A Furman.

Greenbrier said Amsted-Maxion Hortolândia has an estimated 70% share of the South American wagon manufacturing market. Demand in Brazil is forecast to exceed 4 000 wagons/year in the short term, increasing significantly in the longer term as a result of plans to expand and upgrade the rail network and replace older and less efficient vehicles.

In 2013 Amsted-Maxion entered into a licensing agreement for the production of Greenbrier-designed intermodal wagons.