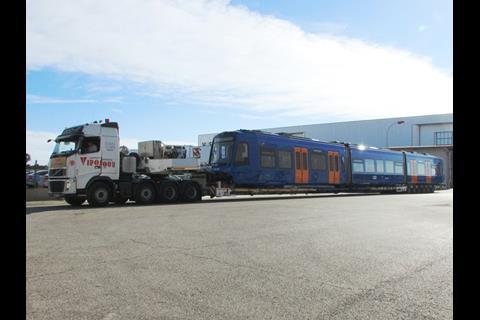 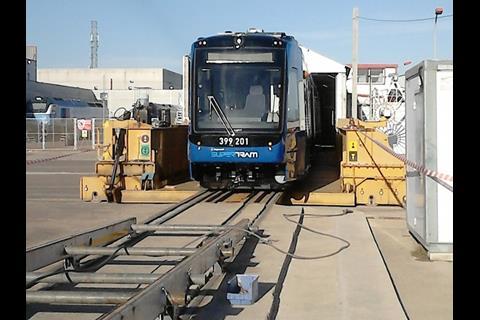 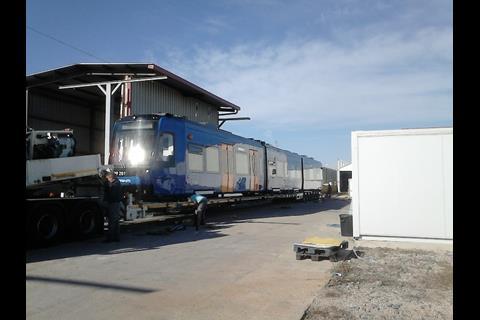 UK: The first of seven Citylink vehicles for the Sheffield – Rotherham tram-train pilot project left Vossloh España’s factory near Valencia on November 18. Expected to leave the port of Santander on November 23, it is due to arrive in Southampton on November 28 before making the final leg of its journey by road, to arrive in Sheffield on December 1.

Ordered in 2013, the 37 m long vehicles will be designated Class 399. They are to be stabled at Stagecoach Supertram’s Nunnery Square depot, which has undergone modifications to accommodate them. Following testing, the first vehicle is due to enter service on the existing Supertram network by May 2016.

In 2017 a two-year pilot scheme will begin, during which time the vehicles will run on the national rail network between Sheffield and Rotherham. The £58m pilot is being led by South Yorkshire Passenger Transport Executive in partnership with the Department for Transport, Network Rail, tram operator Stagecoach Supertram and franchised train operator Northern Rail.

According to SYPTE, the core objectives of the pilot are to understand cost changes that lighter vehicles on the national network would bring, develop relevant technical standards and examine the practicality of tram-train operation, gauge passenger perception, and understand the technical and operational challenges with a view to introducing tram trains elsewhere in the UK. If successful, tram-train operations are to become permanent.

On November 19 the Transport Works & Act Order was approved for the construction of the 400 m Tinsley Chord between the Supertram network and a Network Rail freight line at Meadowhall, required for the planned tram-train operations. The freight line is to be electrified at the tramway’s 750 V DC, and the vehicles’ ABB electrical equipment will also be suitable for future 25 kV 50 Hz main line power supplies. New platforms are to be built at Rotherham Central and Parkgate, in addition to 160 m of new track, overhead lines and a lineside equipment building. Existing tram track will be modified to accommodate the wheel profile of the tram-trains.

The service pattern would see three trains/h from Parkgate Retail Park in Rotherham to Rotherham Central Station, before joining the existing Supertram network at Meadowhall South and continuing to Sheffield city centre. Three more vehicles would be used only on the Supertram network, with the seventh vehicle being used as a spare.