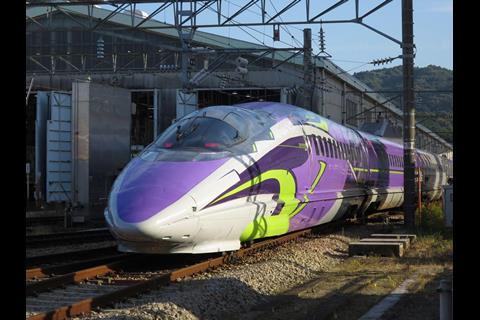 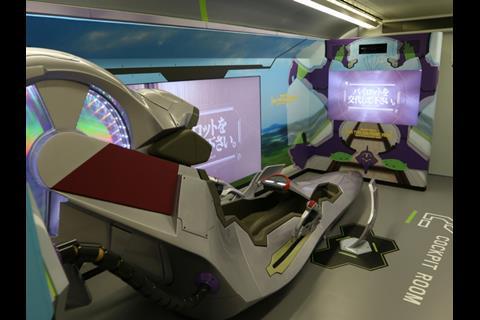 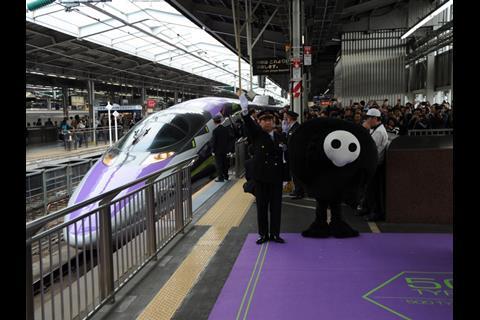 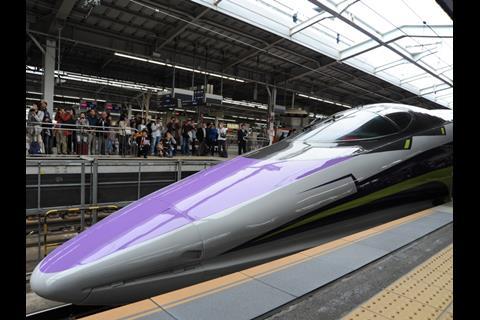 One of the railway’s nine Series 500 trainsets has been wrapped in a stylised livery to commemorate the 20th anniversary of the Neon Genesis Evangelion anime television series and manga comic books. The set includes a special exhibition area in one car and has EVA-themed seats, doors and window blinds, developed in conjunction with the television series’ creator and director Hideaki Anno.

Originally built in 1997-98 with a design speed of 320 km/h, the nine Series 500 sets were first used on the premium Nozomi limited-stop services between Tokyo and western Japan over the Tokaido and Sanyo Shinkansen. They were JR West’s first trains to run at 300 km/h, although limited to 270 km/h on the Tokaido Shinkansen because of the tighter curves.

Styled by N+P Industrial Design GmbH of Germany, the small-profile trainsets were noted for their very long noses to minimise the aerodynamic shock when entering tunnels on both lines. Further noise reduction was provided by a new design of single-arm pantograph.

Displaced from front-line service by the arrival of Series N700 and N700A trainsets which have active suspensions to allow 285 km/h running on the Tokaido Shinkansen, the Series 500 sets have now been shortened from 16 to eight coaches for use on Kodama stopping trains between Shin-Osaka and Hakata.