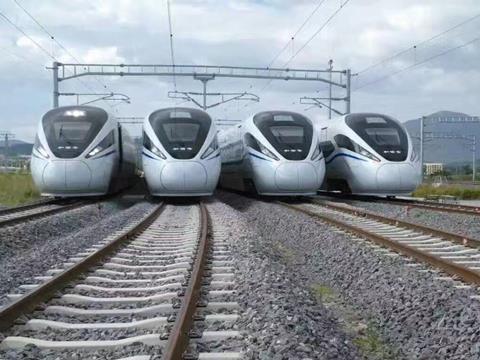 Designated Zefiro 250NG by the manufacturer, the 250 km/h eight-car trainsets were ordered in 2012 as part of a variation order on an earlier contract. This saw the number of 380 km/h Zefiro 380 (CRH380D) vehicles ordered by the former Ministry of Railways reduced in favour of more 250 km/h trains.

Drawing on the Zefiro platform, the aluminium-bodied CRH1A-A has been developed as a successor to the steel-bodied CRH1 design, which had been derived from the Regina wide-bodied EMU used in Sweden. BST has so far built 128 eight-car and 40 16-car CRH1 sets in several variants, with a final 46 eight-car trains being supplied under the variation order.

The first CRH1A-A trainset began test running in August 2015, and successfully completed the required 300 000 km trial on June 12, including some runs with passengers on board. BST received the formal certification for delivery of the series trains on August 19.

BST told Railway Gazette that it had delivered 12 of the new-generation EMUs to CRC by November 21. In total, the company is supplying 16 trainsets for use on Hainan, replacing older CRH1 sets which will be redeployed elsewhere.