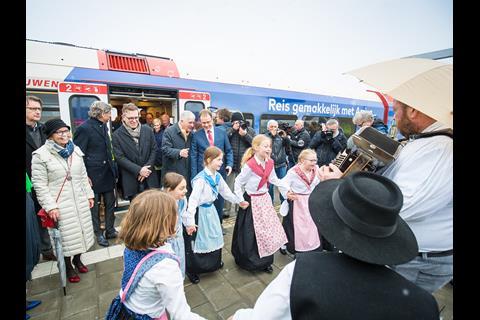 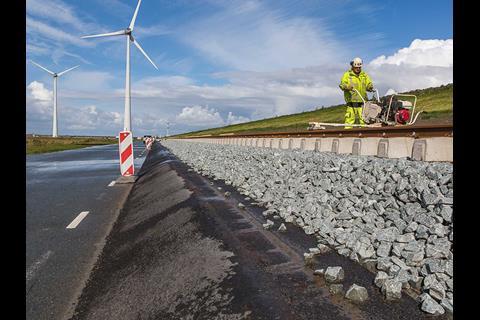 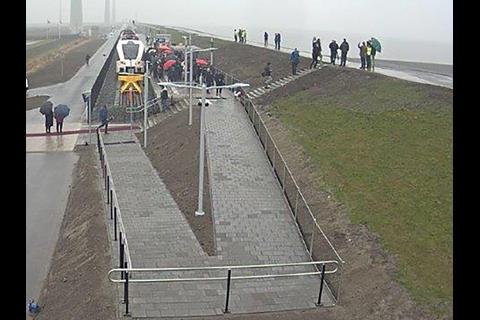 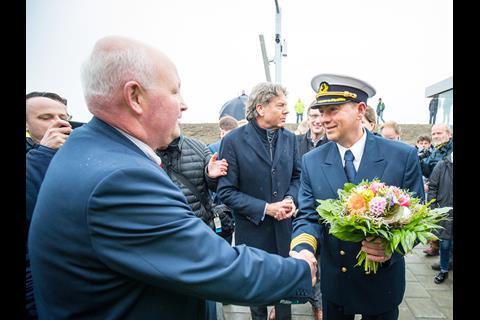 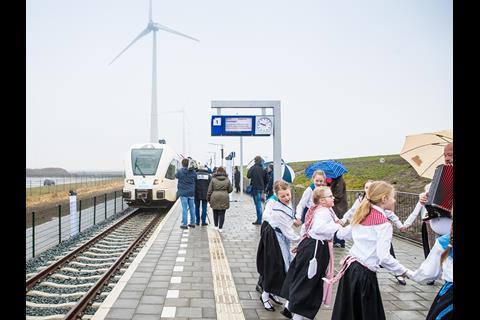 NETHERLANDS: The first passenger service ran to a new station at the port of Eemshaven north of Groningen on March 28. The northernmost station in the country will be served by five trains per day in the high season and three in the low season, operated by Arriva as an extension of its half-hourly Groningen – Roodeschool service.

The line enables employees of companies located at the port complex to commute by rail. There are also connections and through ticketing with AG Ems ferry services to the German island of Borkum. In addition to promoting tourism to the island, this is intended to make it more attractive for tourists already on the island to visit the city of Groningen.

Infrastructure manager ProRail appointed VolkerRail as the main contractor for the €25m project, with its sister company KWS, Van Hattum en Blankevoort and VSKR as subcontractors and Knipscheer Rail-Infra undertaking station works. Work began in spring 2017, and included the relocation of Roodeschool station, the realignment of around 4 km of existing freight line and the construction of 3 km of new single track line.

Part of the new section of line is situated outside the primary sea defences, requiring special foundations; according to the province of Groningen the track crossing the sea wall is unique in the Netherlands.

VolkerWessels’s road construction company KWS constructed the foundation for the new line, installing two layers of asphalt a total of 130 mm thick with a composite reinforcement. This provides greater stability than sand, and allows water from the Waddenzee to drain away below the rails and over the asphalt.

ProRail said the project was the first extension of the Dutch network since the opening of the 50 km Hanze Line between Lelystad and Zwolle in 2012. It was backed by a number of local authorities, and co-financed by the European Regional Development Fund.