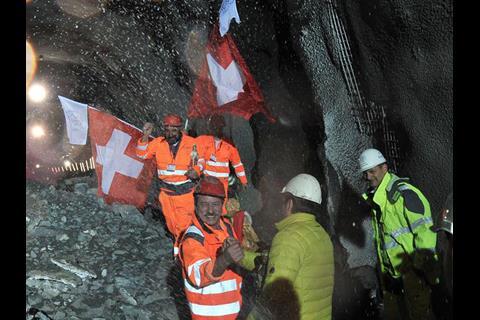 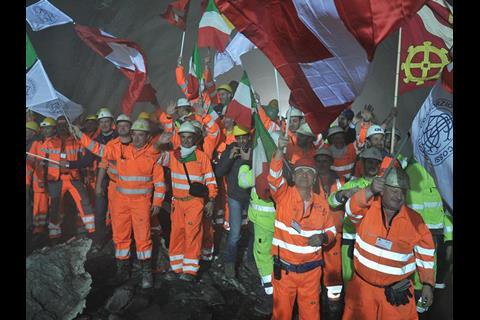 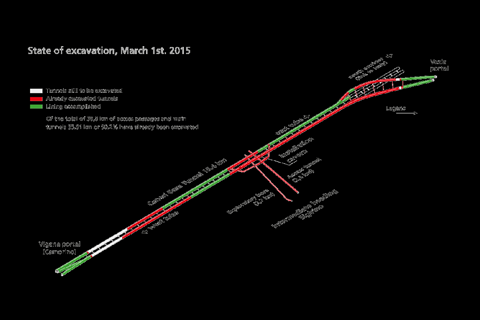 SWITZERLAND: A final blast at noon on March 17 broke through the southern end of the western bore of the Ceneri base tunnel on the Gotthard corridor, 13 months ahead of schedule.

The base tunnel’s twin 15·4 km bores are being excavated south from the Vigana portal, north from the Vezia portal and both north and south from a cavern accessed via an intermediate heading at Sigirino. The western bore breakthrough was around 400 m from the south portal at Vezia, with the tunnel deviating by 20 mm horizontally and 10 mm vertically from the planned alignment.

‘This first breakthrough in the Ceneri base tunnel is a further important milestone in the construction of the new rail link through the Alps’, said Renzo Simoni, CEO of project promoter AlpTransit Gotthard. ‘Only with the 15·4 km base tunnel under Monte Ceneri will the continuous flat route from Altdorf to Lugano become reality.’