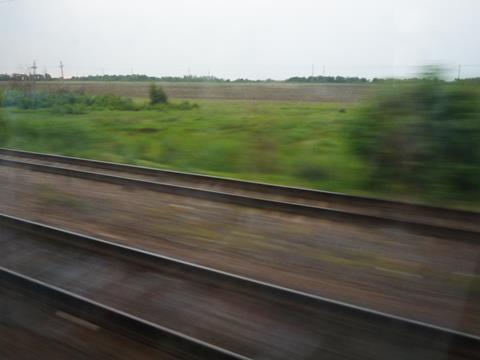 RUSSIA: Russian Railways, engineering organisations and Voronezh State University of Architecture & Civil Engineering are developing plans for a new 140 km double-track electrified line which would avoid the need for trains on the main line to Rostov-na-Donu, Krasnodar and Sochi to pass through a short section of Ukrainian territory.

According to RZD Vice-President Oleg Toni, the new line connecting Zhuravka in Voronezh oblast with Millerovo in Rostov oblast could form the first stage of a national programme for the development of fast and high speed lines, as it ‘will meet all the latest standards’. It would therefore be able to serve as a testing ground for raising the speed of passenger trains.

Construction will be supervised by RZD’s Headquarters for the Creation of Critical Public Facilities, and Toni said meeting deadlines and not going over budget ‘are mandatory for everyone who takes part’ in the project.

The dissolution of the USSR left a number of railway lines passing through the territory of neighbouring states but isolated from their own networks, requiring intergovernmental negotiations to agree terms for their operation.