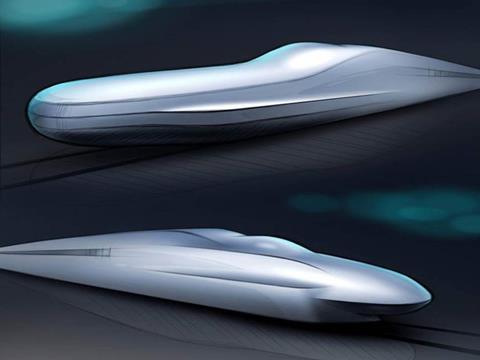 JAPAN: East Japan Railway has announced its intention build a further high speed test train, as part of a programme to develop its next generation of Shinkansen trains.

JR East announced on July 4 that it expects to put the 10-car unit into operation in the spring of 2019. Dubbed ALFA-X (Advanced Labs for Frontline Activity in rail eXperimentation), the 360 km/h trainset will build on earlier research undertaken with the Fastech 360S and 360Z test trains. These led to the development of the 320 km/h Series E5 and E6 trainsets which currently operate on the Tohoku Shinkansen.

According to JR East President Tetsuro Tomita, the new generation of trainsets will be needed by the end of the 2030 financial year to coincide with completion of the 211·7 km Hokkaido Shinkansen extension to Sapporo. Running at 360 km/h would be necessary to achieve a journey time of around 3 h over the 1 075 km route between Tokyo and Sapporo.

As with the Fastech trains, a key priority for the research will be to minimise the noise created by running faster, as well as minimising the pressure pulses when entering tunnels at very high speeds. The ALFA-X driving cars will have two different nose profiles for comparative purpose. One will be similar in shape to the current Series E5 design but longer; the other will be the same length as existing noses but with a new profile.