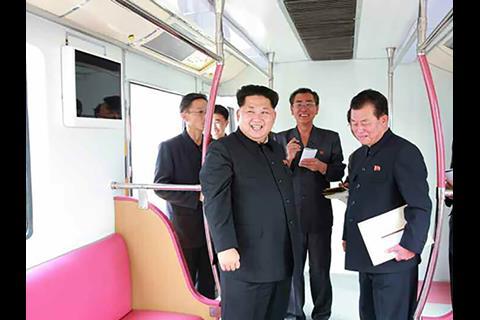 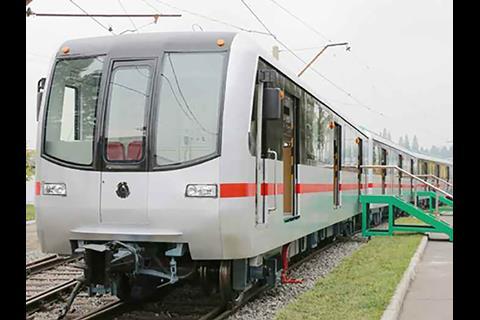 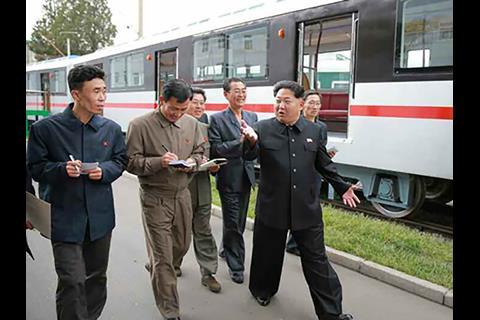 Approving the appearance of the new four-car trainset, Kim said it had modern traction motors, brakes, controls and passenger information systems. He said the styling and colours were ‘properly chosen to suit the specifications and modern aesthetic requirements’ for public transport. There are three passenger doors per car side, and longitudinal seating.

Thanking officials, scientists, technicians and factory workers who had manufactured the ‘Korean-style’ train, Kim said he attached great importance to the development of world-class metro rolling stock in order to show ‘people infected with importation fever’ that things are ‘dearer and shining’ when they can be built with indigenous technology by ‘patriotic scientists and technicians’.

Kim also underscored the need for better public transport in the country, in order to ‘translate the great leaders' noble intention of loving the people into a brilliant reality’.