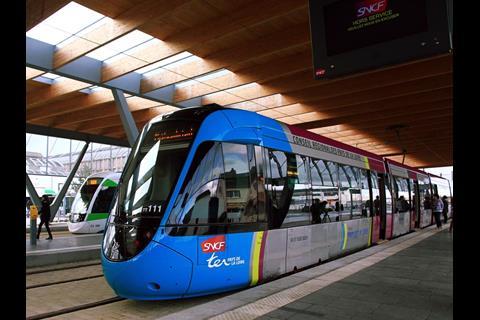 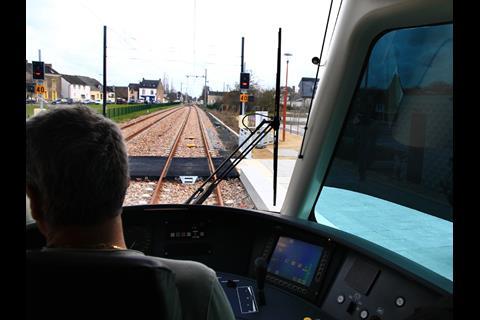 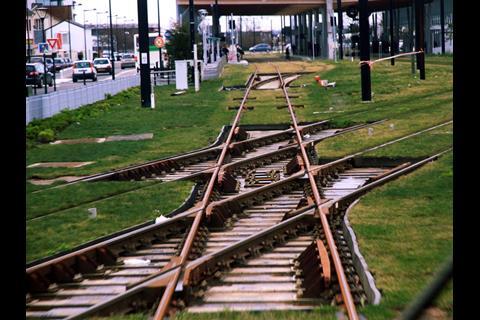 FRANCE: Tram-train services on a 64 km route linking Nantes and Châteaubriant are to be launched by SNCF on February 28.

The tram-train service will use part of a former Nantes - Rennes railway route which originally opened in 1877. The Nantes - Châteaubriant section closed to passenger traffic in 1980 and to freight in 2008. This section has now been completely modernised in preparation for the tram-train services, with the track replaced and the 11 stations gaining new platforms, shelters, ticket machines and car parking.

Tramway signalling has been fitted, except at Nantes station, and automatic half-barriers have been installed at 30 level crossings, with 11 crossings closed.

The modernised line is designed to be suitable for use by conventional SNCF trains, including works trains, but no freight operations are planned. In contrast to the shared running on the Mulhouse tram-train service, the Nantes tram-trains will not use the city's urban tram network, which is operated independently by Semitan.

Two dedicated platforms electrified at 25 kV AC have been built at Nantes station. After leaving the station, tram-trains will run through the suburbs on a 15 km double-track alignment with 750 V DC tramway electrification. This parallels a Semitan tram line, and shares five level crossings which follow tramway practice in having warning lights but no barriers. Near Haluchère-Batignolles station the Semitan line crosses the tram-train route on a flat crossing.

From Babinière the line will operate as a railway, with 25 kV 50 Hz electrification and a maximum speed of 100 km/h. At the terminus a buffer stop separates tram-trains from the 62 km Châteaubriant - Rennes section of the former through route. This lies within Bretagne and has been unaffected by the project, with SNCF X2100 diesel multiple-units operating seven return trips a day.

Alstom has supplied 24 Citadis Dualis vehicles for the tram-train route, equipped with a toilet and more comfortable seats than conventional trams as the end-to-end journey takes 1 h 07 min. There will be seven return trips a day over the full length of the route, with higher frequencies between Sucé-sur-Erdre and Nantes where there will be services every half hour in the peaks and hourly at other times. Haluchère-Batignolles will be served by 46 tram-trains a day. Ridership is predicted at 11 200 passengers/day