New trams have dragons on their seats 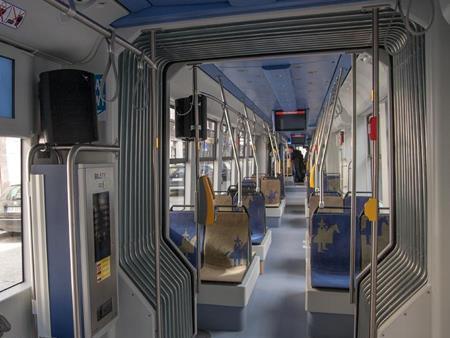 POLAND: The first of a batch of 24 Flexity Classic trams ordered by MPK Kraków was officially handed over by Bombardier Transportation on October 4.

'We are delighted with the design of this state-of-the art tram inspired by the spirit of the city of Kraków', said Julian Pilszczek, CEO of transport operator MPK Kraków. Prominent features are a blue ceiling with LED lighting representing stars in the night sky, and the city arms and Kraków dragon on passenger seats. 'These new, modern trams will shape the future cityscape of Kraków', said Pilszczek.

Since 1998 MPK Kraków has ordered a total of 74 trams from Bombardier in four batches. The latest NGT8 vehicles are part of an order for 24 cars placed in June 2010 for €58·7m, with 60% of the cost being met by EU sources. They have Vossloh Kiepe electrical equipment, air-conditioning and multi-language ticket vending machines