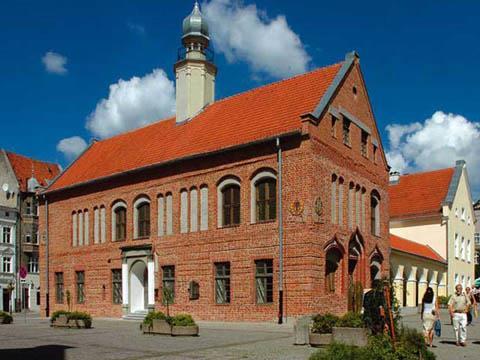 POLAND: Olsztyn city council has decided to build a modern tram network, which will be the first new network to be opened in Poland since trams were introduced in Czestochowa in 1959.

Heart of the project is a 7·3 km double-track route running from the main PKP station at Dworzec Glówny in the northeast to Osiedle Jaroty in the south, through the city’s most densely populated areas. Two branches are envisaged to serve the city hall and Olsztyn University, bringing the total network to 22 track-km. Separate routes will run through from the main station to each of the three termini. Around 25% of the network will run on-street, with the remainder using dedicated tram or bus and tram rights-of-way.

An initial fleet of 13 bi-directional low-floor trams is envisaged, each with a capacity of 200 passengers. The tram depot will be located on the same site as MPK Olsztyn’s bus garage.

Total cost of the project is estimated at €105·2m, of which 85% will be funded by the EU’s Operational Programme for Development of East Poland (PORPW). Final approval of the documentation is expected by the end this year , with tenders for the civil works likely to be issued in late 2010 or early 2011. Construction should start by the end of 2011 for completion in 2013.