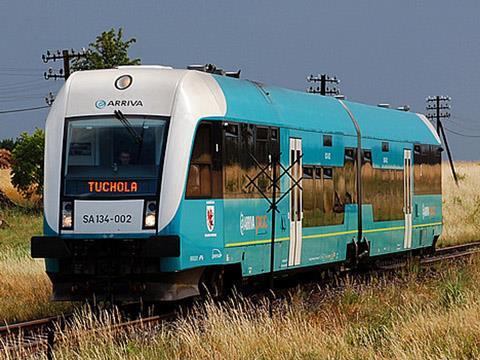 A joint venture of Arriva and PCC Rail won an initial three-year contract to operate the routes from December 2007. Piotr Calbecki, Marshal of the voivodship, said the longer duration of the new contract will enable Arriva to invest in rolling stock and ticketing.

The operator is now known as Arriva RP, reflecting PCC Rail's acquisition by DB Schenker and Arriva being taken over by DB. It also operates two lines in Pomorskie and Warminsko-Mazurskie.