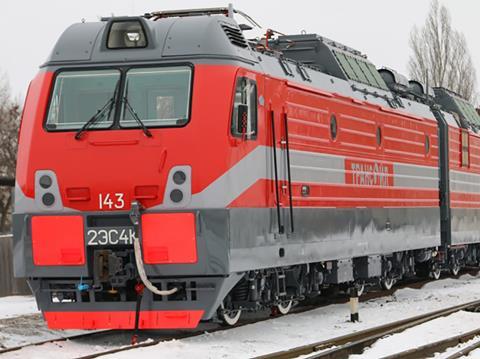 Russian Railways is the major operator of the 2ES4K and the related three-section variant of the design, with more than 550 locomotive sections in service, while Transoil has used three locos of the type since 2013. L-Trans has six and Ukrainian Railways four.

The latest batch ordered in 2017 are to be based in Volkhovstroy for operation on the Kirishi – Luzhskaya-Neftyanaya route, where they will be able to haul trains at the maximum permitted speed on gradients.