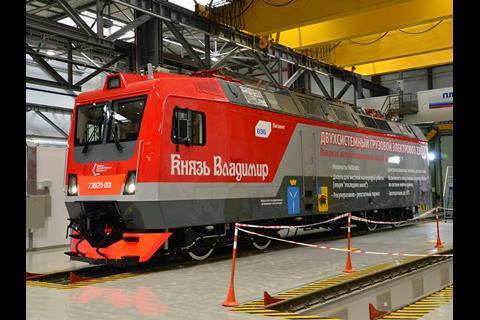 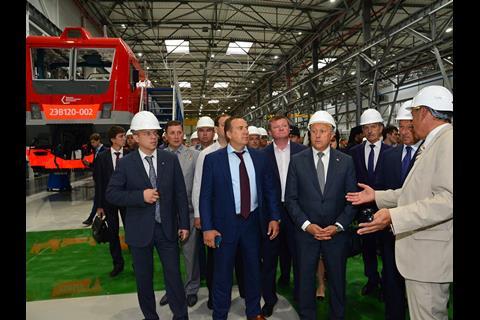 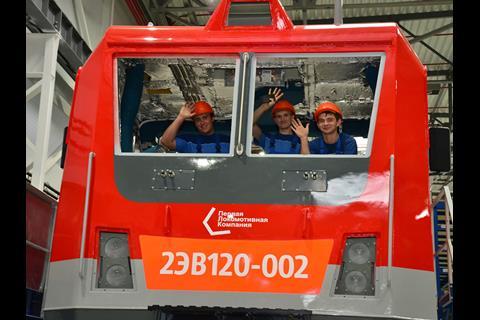 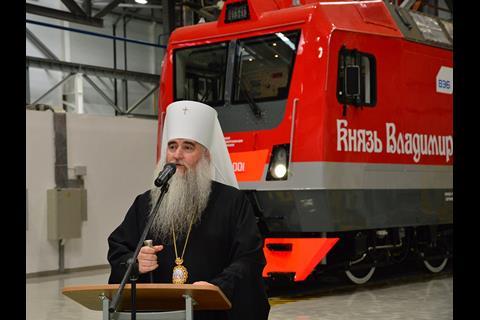 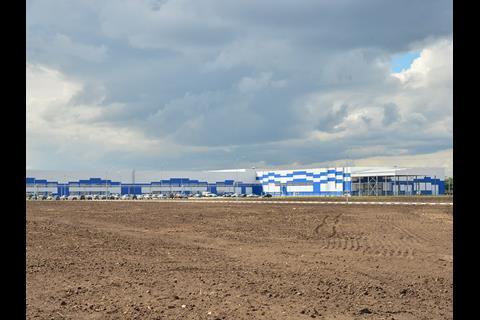 RUSSIA: The prototype 1 520 mm gauge Bombardier Traxx F120MS locomotive was unveiled at a ceremony marking the inauguration of First Locomotive Co’s factory at Engels in Saratov oblast on August 19.

The First Locomotive Co joint venture of Russian investors and Bombardier Transportation was established in 2012 with the aim of bringing modern development and manufacturing technologies to Russia. The factory in Engels has been built in two years at cost of 6·7bn roubles, funded by Vnesheconombank, the state Bank for Development & Foreign Economic Affairs, and will have the capacity to produce up to 150 twin-section electric freight locomotives a year for Russia and the 1520 region.

It has a maximum rating of 9·6 MW and continuous rating of 8·8 MW, and can operate under 25 kV 50 Hz or 3 kV DC electrification. A 500 kW last-mile diesel engine could also be fitted, installed in an isolated compartment in each locomotive section.

The air-conditioned cab meets the latest Russian comfort standards, with two fixed and one folding seats, a fridge and a microwave. The side windows can be used as an emergency fire escape using a rope ladder.

Speaking at the factory inauguration ceremony, Chairman of First Locomotive Co Stanislav Gamzalov said an initial order for the locomotives has been agreed, subject to the prototype successfully obtaining certification for operation. There has been interest from potential customers in the CIS and Baltic states, he added.

Vnesheconombank Chairman Vladimir Dmitriev said it would be an attractive product for export markets, and noted that Azerbaijan Railways representatives attended the inauguration ceremony.

Governor of Saratov oblast Valery Radaev said the Russian economy currently faces difficult conditions, and the new factory would support growth through innovation and the conservation of resources. His advisor on economics affairs, Konstantin Murenin, said the opening of the new plant was ‘an event of national scale’, which would support the development of a regional transport engineering cluster and associated supply chain and serve as a ‘shining example’ of how to undertake large scale investment projects.