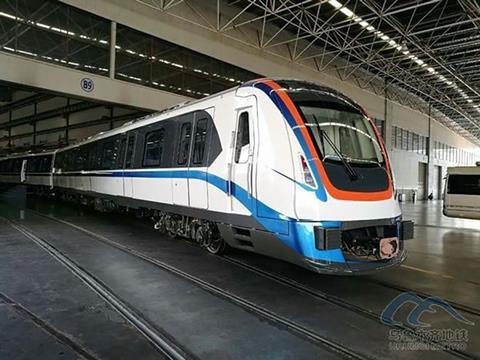 CHINA: A 10·7 km extension of the single metro line in Urumqi opened on June 28, running south from Balou to Santunbei and adding nine stations.

Beijing Railway Construction & Management Company began construction of Line 1 in March 2014, and the 16·5 km underground first phase from the international airport to Balou in the city centre opened in October 2018. A northern extension is expected to open in 2023. The national government is meeting 40% of the 19·4bn yuan cost of the line.

Services are operated using 27 six-car Type A trainsets supplied by CRRC Zhuzhou. These are 140 m long with four motor and two trailer cars, a design speed of 80 km/h, a maximum capacity of 2 650 passengers and multi-lingual passenger information systems.

In the longer term, it is envisaged that the city’s network could reach 10 lines totalling 340 km by 2030.